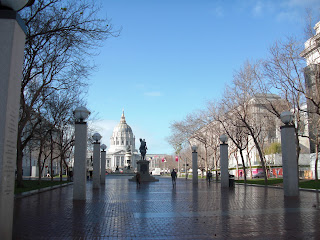 Saturday morning after our first storm of the New Year and under cloudy skies we boarded BART setting off for San Francisco and the 8th Annual Walk for Life West Coast. As we exited the station at UN Plaza and Civic Center the sky was blue and the air crisp, a perfect day for a walk down Market with 40,000 or so other like minded people united for life. 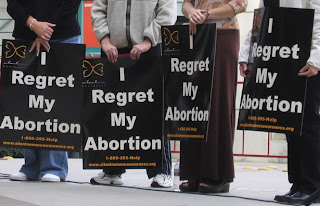 By 11AM the square in front of City Hall began to fill, Father Frank Pavone of Priests for Life gave the pre-opening blessing and the side stage filled with women from Silent No More started the day’s events by sharing their testimonies. They courageously told stories, they had for years held secretly in their heart. They shared the stories of their abortion experiences, the sights, sounds and smells that had been imprinted in their brain and stamped forever in their heart, and they would be Silent No More. 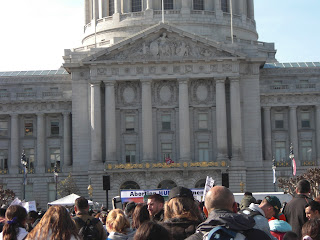 At noon under very cooperative clear skies and a continuing bulging crowd we turned our attention to the main stage. We listened to Dr. Vansen Wong, a former abortionist ask the crowd, "If you have taken the life of another human being, raise your hand." Then he proceeded to admit that he had performed over a hundred abortions. Thankfully he had a change of heart and now believes “Abortion is intolerable, abortion is irrational and abortion has no place in civilized society."

There were two more testimonies from Lori Hoye and Jacquie Stalnaker that would touch even the hardest of hearts. And finally an enthusiastic presentation from Pastor Clenard Howard Childress, Jr of Black Genocide.org  before we were on our way. 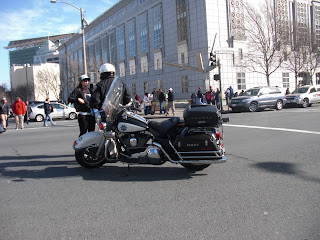 Flanked by SFPD on bicycles and motorcycles we left the square in front of City Hall and headed toward Market.

Though we didn’t warrant as much press as the Occupy demonstration, the Chronicle did post some nice pictures on their web site. And ABC did a cover the event - thank you. 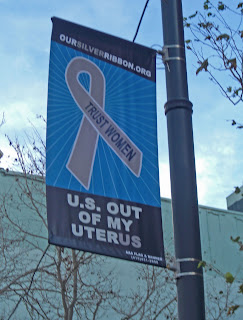 We were an unusually cooperative crowd for a San Francisco demonstration as we marched down Market Street to Justin Herman Plaza. We met with some protesters along the route who let us know with signs and gestures our message was not appreciated, but the City of San Francisco needed no one to oppose us, for she had made her position clear with Silver Ribbon poll flags lining both sides of Market Street imploring all to Trust Women with messages such as the so 60’s mantra - U.S. out of our uterus. The banners were in commemoration of Trust Women week which coincidentally fell from January 20 – 27.

At Market and Powell we had a minor altercation that stopped our walk when some protestors (possibly members of West Coast Rally for Reproductive Justice walking from Justin Herman Plaza) attempted to stop us from continuing down Market by placing orange plastic fencing decorated with hangers across the street. The SFPD raced, they took this very seriously, to the center of the intersection and had the whole thing (one person) flex cuffed. No arrests were made just restrained. The other side had a right to be there. It was a perfect display of our First Amendment Right to freedom of speech and to peaceably assemble. God bless the U.S.A.

It was a beautiful day in the city. Looking forward to the day when the Walk for Life and March for Life will not be necessary because all human life will be protected and valued from conception to natural death. Pax

We put together a montage of pictures and video from our outing.  Please be advised that at 2.02 there will be cuss words and other vulgar demonstrations. Turn off the video at this time if you would rather not hear from the other side.


Posted by Adventures of A Home Town Tourist at 5:56 PM